An affidavit is a printed or written statement of facts that is taken voluntarily and confirmed with an oath by the person making the affidavit. On this page you can download free affidavit forms in just minutes online.

Affidavits are made before a public official who has the authority to administer an oath. Examples include a notary public, judicial officer or sheriff in your local jurisdiction.

Affidavits are important legal instruments and are widely used to preserve the testimony of individuals and declarations of truth. In short, an affidavit is used to swear an oath that something is true during a legal proceeding when just saying it’s the truth is not enough.

An affidavit is valuable during the presentation of evidence to the court, especially when someone is unavailable to testify in person. Our free affidavit forms help preserve your testimony if you are unable to appear in court due to an illness, incarceration, unforeseen absence, death and many other reasons.

Make sure you include the following components in your affidavit form:

You can download the following free affidavit form and tailor it to your needs. Fill free to copy and paste, then print out the document as needed: 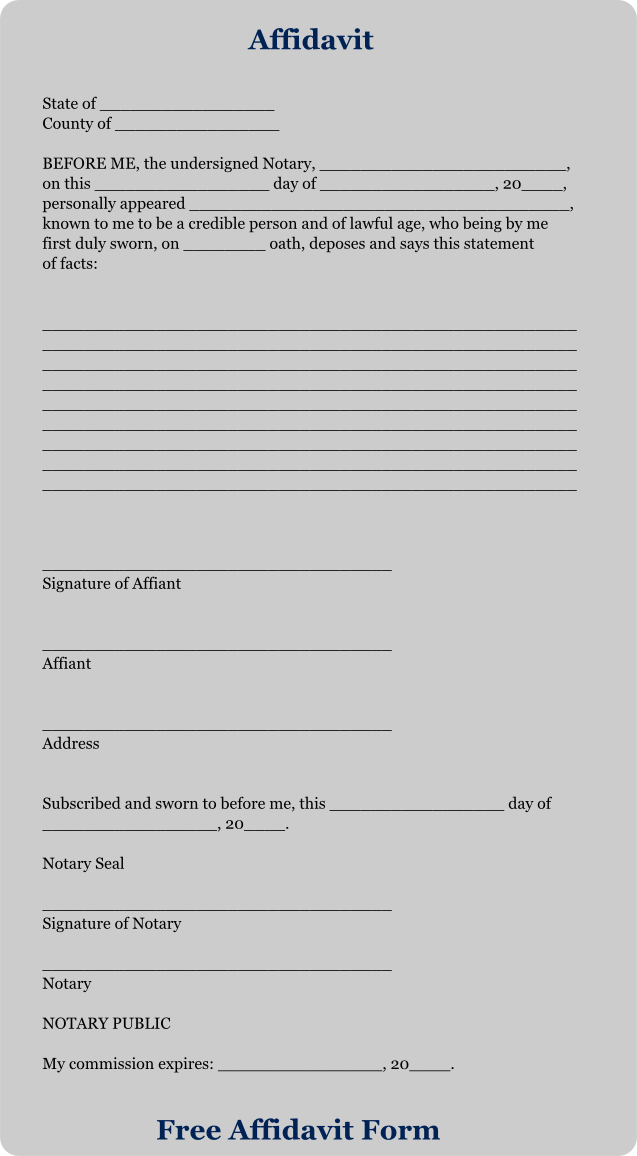